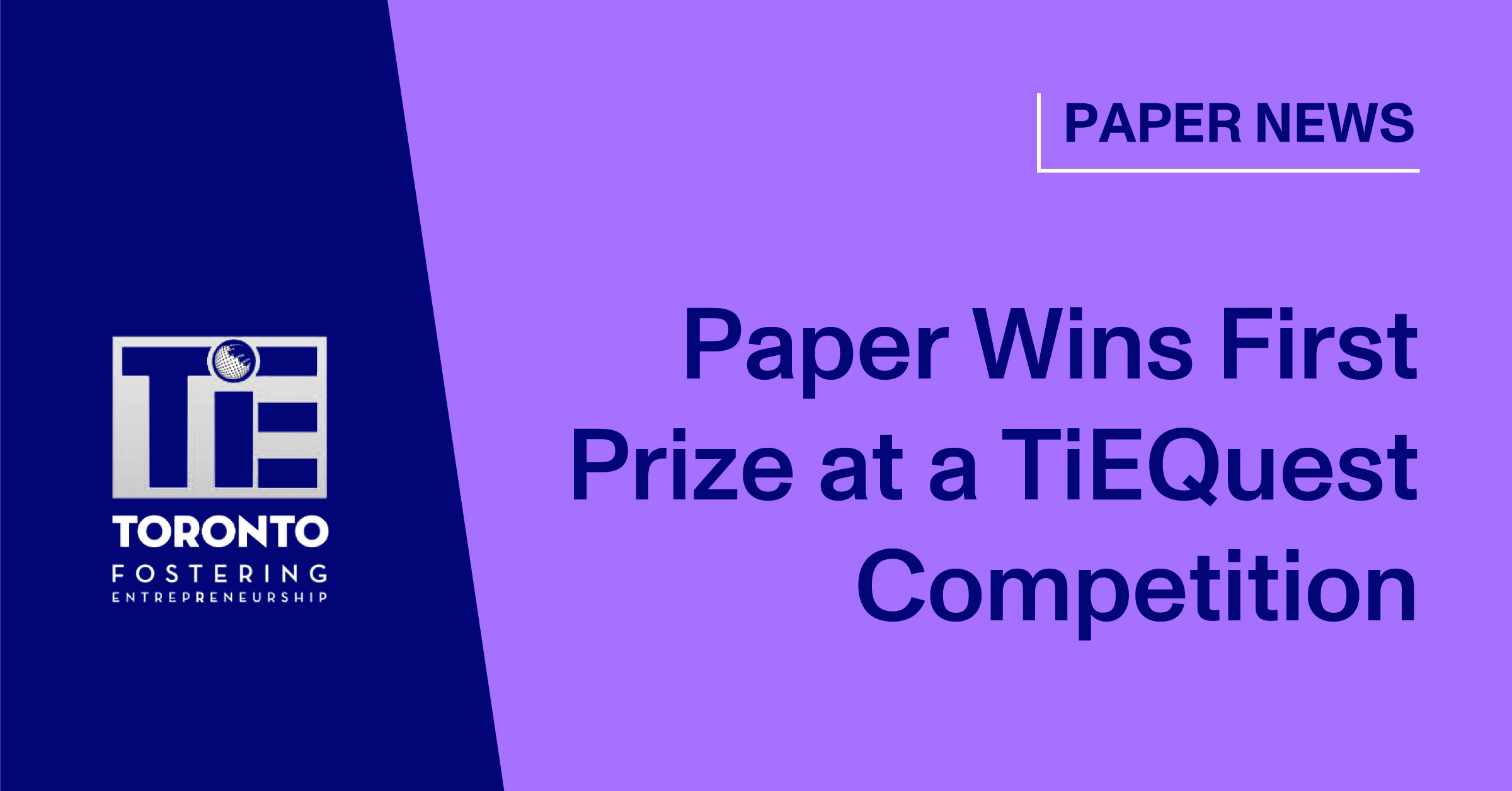 Paper, formerly GradeSlam, has received yet another accolade, winning the $50,000 cash prize at the prestigious TiEQuest Business Venture Competition in Toronto, Canada.

Canada's premier entrepreneurial competition, TiEQuest hand-picked GradeSlam to be one of the Top 5 Finalists in 2016 to win the grand prize of $50,000 after four rounds of intense competition. Startups from coast to coast competed in what the judges of the various rounds called an “impressive display of Canada’s startup ecosystem”.

The final competition was held on April 21, 2016, when GradeSlam CEO Philip Cutler went head to head with four of the top startups in Canada. Cutler took the stage at RBC WaterPark Place on Thursday afternoon, presenting to a crowd of over 300 people. After much deliberation, TiEQuest’s panel of 4 All-Star judges and the audience’s choice vote, declared GradeSlam the 2016 winner and recipient of $50,000 cash and a whole slew of impressive prizes, including an all-expenses-paid trip to TiECon in Santa Clara, California.

Paper is formerly GradeSlam. Read about the rebrand here.