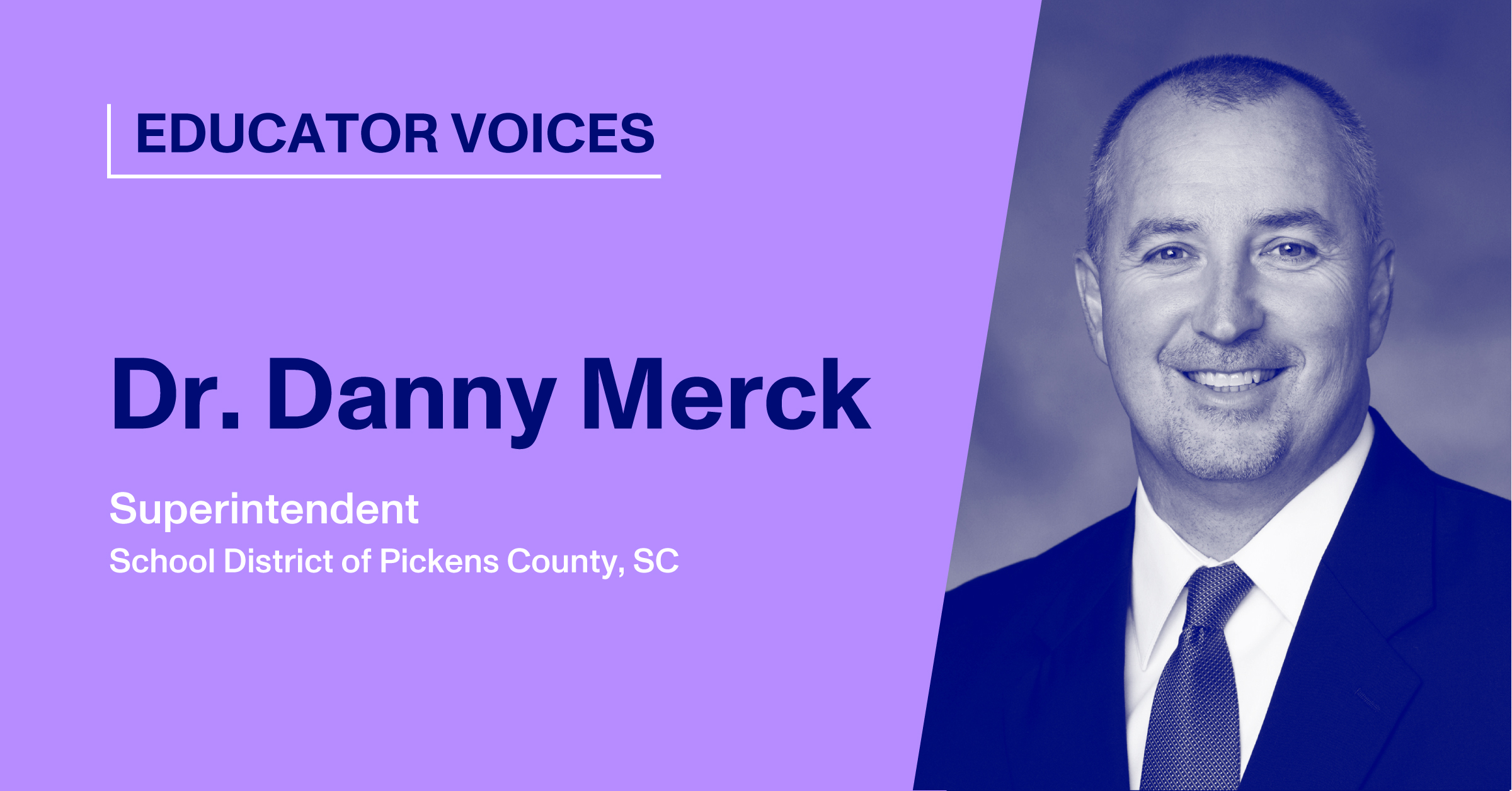 What This South Carolina School District Learned From Finland

The Paper team (virtually) sat down with Dr. Danny Merck, Superintendent of the School District of Pickens County (SDPC) in South Carolina. Dr. Merck has over 29 years of experience as an educator in South Carolina, and his educational philosophy has been heavily inspired by Finnish practices over the past couple of years. Before COVID-19, SDPC was on a path to personalized learning and learning from Finland and other states. When the pandemic hit, they had to implement their five-year plan in a matter of weeks.

In this interview, edited for length and clarity, Dr. Merck outlines how this unique partnership with Finland began, and how SDPC handled this year's obstacles.

How did SDPC's partnership with Finnish educators begin?

I joined a group of educators back in October 2018 on a trip to Finland to learn more about what makes Finland's public school system one of the best in the world, and how we could put some of their strategies to work here in Pickens County. So far, we've sent our people over there twice, and each visit, I would try to meet people and establish strong relationships. Before the pandemic hit, we had decided to send the district teacher of the year to visit Finland.

How much better could this be? To send one of our very best teachers to one of the most innovative countries in the world, then allow the teacher to share these lessons with the other 1,100 certified educators in the district.

This plan of sending our district teacher of the year has been put on hold as we attempt to recover financially; however, the collaboration from the past two years will carry us to more opportunities to grow. In December of 2019, our school district welcomed fourteen educators (teachers and administrators) from the Oulu University Teacher Training School in Finland for two weeks. They held professional development sessions for 700 faculty members over two days. They toured our schools, critiqued our classrooms, and spent time with our teachers.

Here, in the most conservative county in South Carolina, you've got Finnish teachers in our classrooms.

The kids love them; the teachers love them; the citizens embrace them. And that's because we have a common interest: we're trying to help kids. We're not trying to fight about politics—they have the same goal we do: to learn from each other and try to get better. And we're still at it today. This year, SDPC's SAT scores were the second-highest among South Carolina school districts and highest among county-wide districts. So we've been on this steady improvement as a county. My goal is to build people, and I try to provide my community with as many resources and opportunities as possible.

What did you take away from your time in Finland?

The love of teaching there is a little bit different and less restrictive. In a socialist country, you think they control everything, yet they have more power and flexibility in education than we do in America. Being a very conservative person myself and seeing how much flexibility they have was very nice. It's just an ongoing relationship.

If a superintendent is trying to learn all the time, then hopefully, our district leaders and teachers have an attitude that says: "I want to learn and get better."

Another thing I noticed over there is that they embrace being good citizens at an early age. I just fell in love with it. It wasn't so much the learning, though the learning was great—it was what they were building. I would go for a jog at 4:30 in the morning, and people were cleaning the streets and windows, and they did it with a good attitude. I was like: "something is different. There's something different about this place." I also just loved how the students wanted to learn. They would all ride their bikes to school, and they were safe doing so because the citizens protected them.

I loved it, and I haven't really let go of it, though it's been close to two years. I really want our kids to experience all that they can here in Pickens County.

I want us to allow our citizens that same freedom and have our kids grow up in that same kind of environment.

We saw that SDPC is releasing schedules for digital and in-person learning in six-week increments. What was the thought process behind this decision?

Back in March, I predicted and told people we were coming back after spring break. Then I thought we would come back mid-May, and then I was sure we would come back by the end of May. I've been wrong the entire time, so I decided it's best to plan in six-week increments instead of trying to figure out the whole year.

The situation is so complex; none of us can predict where we'll be in January. So instead of trying to know it all, why don't we admit we probably won't know where we'll be in six weeks, and we'll work together to figure it out?

We also need to consider the calendar incrementally so that we can take the pulse of our employees to see how they are. That's what we've done with our principals. We regularly ask: "Are your people ok?" I heard that some districts had 400-500 employees resign because they are fearful. We don't want to have that problem. We don't currently have a teacher shortage in Pickens County, and that's rare, so we're proud of our culture. But we want to maintain that. We had ten employees out of 2000 resign in the last month. That may not seem like a lot to you, but in my seven years, we haven't had ten people leave in a single year.

What do you think will be the biggest challenge for the coming year?

Our biggest challenge was having healthy nurses. We have twenty-four school buildings, and we have four nurses out right now. In the past, we've always had four to six extra nurses on standby, and we don't have that now. So we've had to pull nurses from larger schools to come to smaller schools. We couldn't anticipate that, and we took having a healthy nurse for granted.

Academically, we're trying to prioritize the learning, covering the most important topics and standards rather than all the material from A-Z.

We don't want to take face-to-face for granted if it's taken away from us, so we want to make sure we covered what we needed to do with face-to-face learning.

At the same time, we haven't seen our students since March. So that socioemotional component, getting everybody calmed down and in routines and forming relationships, is vital to accomplish academic goals. Instead of worrying about the perfect plan academically, we have been making sure relationships are maintained. We genuinely believe in putting our people first in Pickens County, and that includes staff and students.

It was also a challenge to tell our principals that they would prepare for the entire year during the first six weeks of school. In other words, they had to master three concepts: in-person learning, remote learning, and our new cohorting system. This way, they can adapt to anything academically that comes their way throughout the school year. If there's a shutdown, we're prepared. However, if an outbreak occurs, we don't plan on shutting down the school—we're going to go through a cohorting system that is restrictive and allows our community to stay safe.